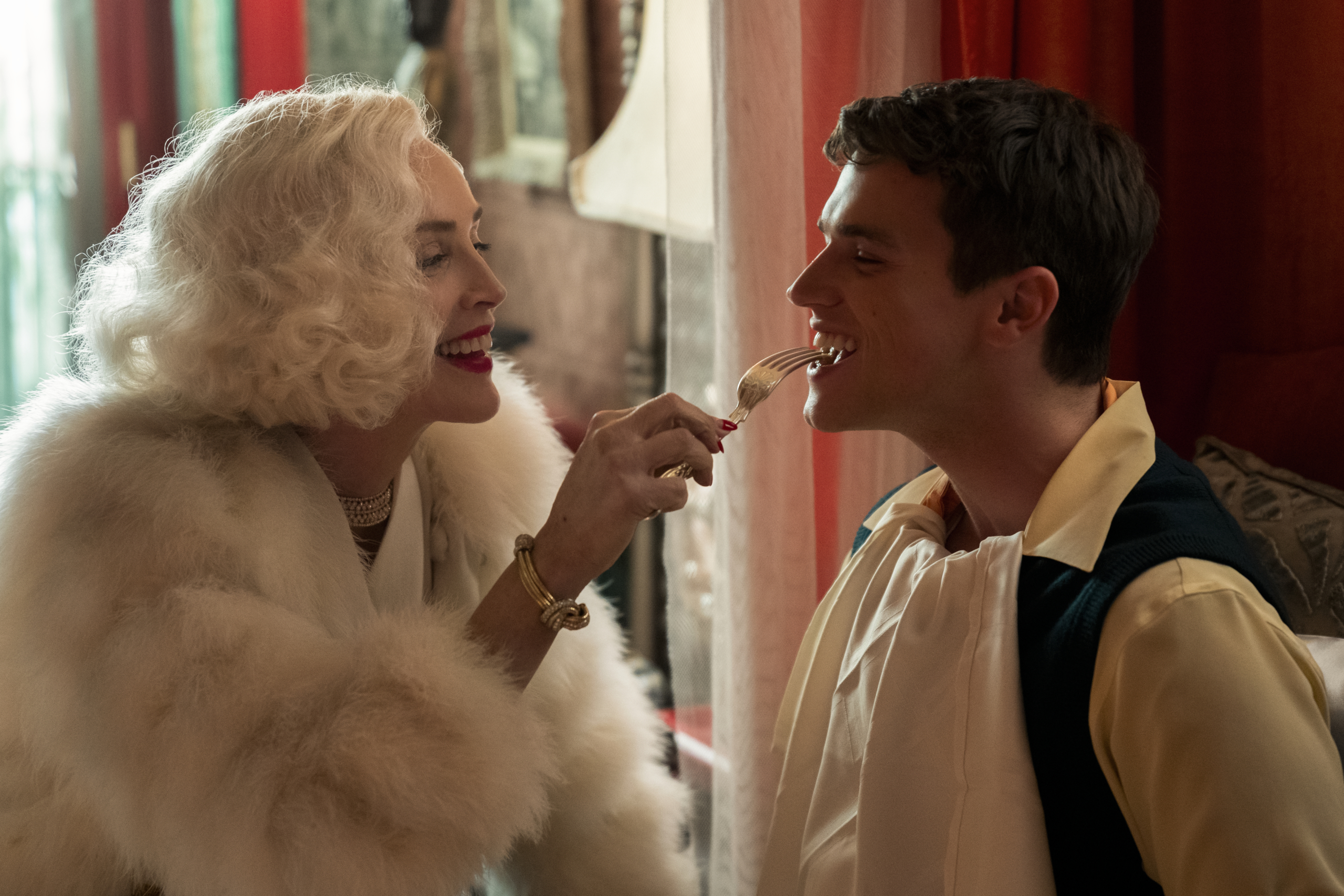 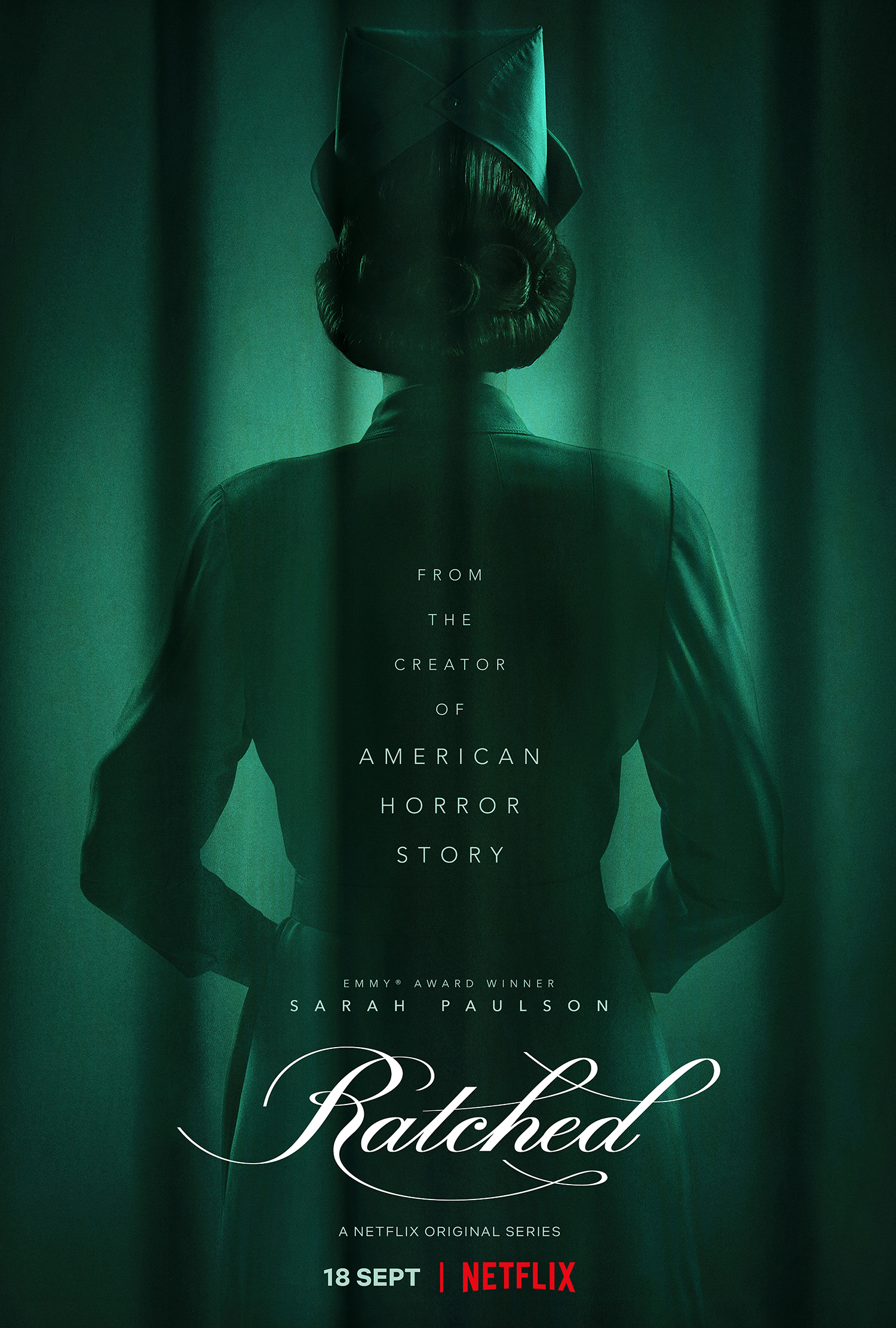 Ryan Murphy and Evan Romansky’s latest show, Ratched, is described as the origin story of Nurse Ratched – the stony-faced, manipulative and cruel character in Ken Kesey’s novel One Flew Over the Cuckoo’s Nest (played in the Milos Forman 1975 film adaptation by Louise Fletcher, who won an Oscar for her performance).

Starring Murphy regular, Sarah Paulson, in the titular role, the character immediately appears as you would expect – judging a couple showing plenty of PDA in a gas station, her lip curling in disdain. She’s on her way to a Californian psychiatric hospital, which has hit the headlines due to it housing high-profile murderer Edmund Tolleson (Finn Wittrock), who has just killed four priests.

But Mildred Ratched is not all she seems. Her clean-cut, stylish exterior hides a deep secret, though she effectively manipulates her way into the hospital to work as a nurse, much to the disdain of head nurse Betsy Bucket (Judy Davis who is wonderfully funny) after charming the hospital’s doctor – the ethically questionably Dr. Richard Hanover (Jon Jon Briones).

Edmund is all everyone is talking about (though Mildred’s opinion is initially differing depending on who she’s speaking to) – especially the local governor (Vincent D’Onofrio showing snippets of that Wilson Fisk charisma previously seen by the bucketloads in Daredevil) and his aide Gwendolyn Briggs (Cynthia Nixon) who are looking to use him as a springboard for re-election.

Ratched’s true intentions of infiltrating the hospital slowly become apparent, but not before we get a side spy story with Corey Stoll who introduces us to the delightfully fabulous gazillionairess Lenore Osgood (a scene-stealing Sharon Stone who sports a monkey on her shoulder throughout), as well as a wonderfully genuine central love story and Ratched’s murky past told through puppetry.

There’s no denying that a Ryan Murphy production is always gorgeous, and that’s very apparent here – it’s a stylish array of every colour you could think of, all proudly displayed for your visual delight. Full of sweeping coastal shots, lingering stares and ornate settings, Ratched is beautiful.

What doesn’t quite stick the landing is its tone – it’s not as horrific as Murphy’s American Horror Story, nor is it as character-driven as the novel or Forman’s film – rather Ratched sits on a wavering precipice of the two. The patients in the hospital aren’t given enough time for the show to delve into mental illness, nor is there room to really discuss the nurses’ horrible mistreatment of them.

The horror element also doesn’t sit quite right either; with the few interspersed gory set pieces feeling out of place. It borrows very much from AHS’s ‘Asylum’ series – but where those garish set pieces feel at home nestled between evil Nazis and murderous nuns in that series, it doesn’t sit as comfortably here in between cases of schizophrenia, racism and homophobia.

Indeed, Ratched isn’t as disconcerting as it [we] hope it is – in fact its most confounding element for those in the UK is the fact that its opening credits uses the same music as Jonathan Creek’s (Camille Saint-Saëns’ Danse Macabre) though we didn’t once spot a mop of curly hair or any real mystery (plenty of murder, though!).

Paulson, as ever, is fantastic. Ratched’s pent-up rage and vulnerability clearly come across, though perhaps the character is more of a sympathetic figure here than we have seen before. Nixon (the oyster restaurant scene is luscious) and Stone (can we just have her in everything please?) are also stand-outs, as is Sophie Okonedo’s schizophrenic patient Charlotte Wells.

Don’t go into Ratched expecting either AHS or One Flew Over The Cuckoo’s Nest. This is its own thing and though it seems preoccupied with setting up the next series (which has already been commissioned), it does its job effectively – ensuring that by the end you’re intrigued enough to want to spend more time in this weird, lavish world.

Ratched is released on Netflix on 18 September.

What happens between the sheets?
Onward: Magical fantasy to be released on Disney+
Resident Evil Village Trailer Leaves Us With More Questions Than Answers
The Deeper You Dig: Exclusive trailer
Netflix’s The Devil All The Time Review Round-Up: What the Critics Are Saying