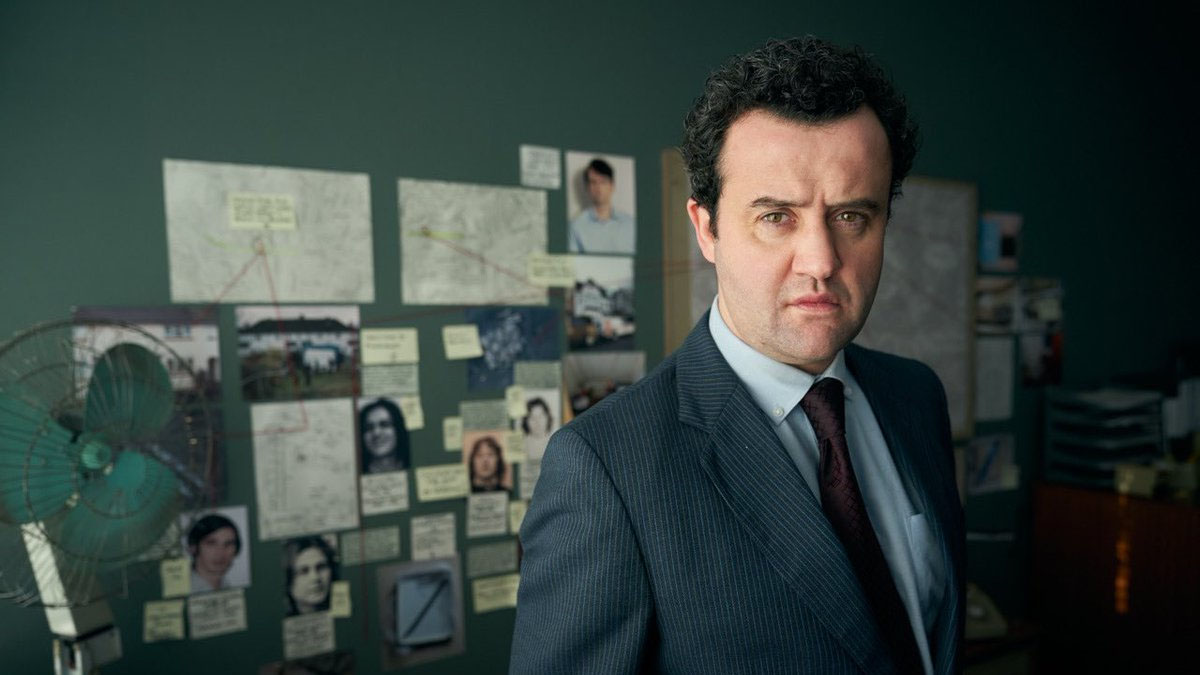 The ego has a remarkable drive to protect itself from damage. Whoever we are and whatever we’ve done, our minds can twist things so we don’t have to see ourselves as villains deserving of blame. There are always extenuating circumstances. Somebody or something else is always responsible. Reality can be warped into whatever shape is required to let us view ourselves as, essentially, good.

In a narcissist like Dennis Nilsen, that system works overtime. In Des episode two, it was in full operation, bending reality to make him – and not men and boys he killed for his gratification – the victim. Across the hour, we saw Nilsen complain of unfair treatment. He carped about prison food, about being denied favours he felt entitled to for cooperating, and about being spoken to like a criminal. He saw no paradox in the fondness he claims to have felt for his victims, positioning himself as the put-upon and grieving recipient of their pain. And for the murders he committed, he blamed the death of his grandfather, booze, music, and the Tory government – anything to deflect personal responsibility.

Control is also central to David Tennant’s striking performance, which expanded in part two to present us with a trickier character than we’d seen previously. In addition to Nilsen’s impatient, mumbling recitation of facts, we met his self-righteous arrogance and temper, and also glimpsed the calculation going on behind that reclined posture and unwavering gaze. There was grief too, for the death of his dog, but – the real question of episode two – how much was real and how much was an act?

Nilsen’s self-regard and desire for notoriety are now in plain sight, which brings his every utterance into question. What is the truth, and what is just another tactic to regain the upper hand? The drama didn’t give any didactic answers, preferring to take its cue from biographer Brian Masters and let the ‘reader’ decide.

The discussions about Masters’ book in episode two were a canny way for Des to talk about itself. Various objections were raised to the writing of the book, from DCI Jay’s disgust at the popular interest in Nilsen, to Masters’ boyfriend warning that the act of writing it would ultimately give Nilsen power. The same could be said of ITV’s decision to dramatise this story. Masters’ argument in favour of the book – that an objective account comprehending how this person came to pass was a useful societal document – could equally serve as the drama’s creators.

Backing up that argument, Des isn’t only concerned with its leading man, but also with institutional injustices. Episode two’s other focus was the regrettable attitude towards the investigation into Nilsen’s crimes by Scotland Yard. Despite DCI Jay arguing the point at every turn, top brass were shown to be more driven by PR and finance than by the pursuit of closure and justice for victims and their families.

DCI Jay emerged as a hero in episode two, a hard-working, dogged officer with the right emotional instincts, the opposite of perverse, slippery Nilsen. The audience needs a character to root for, and in Des, that’s Jay. It’s solid casting; the always-likeable Daniel Mays is just as natural a fit for the role as Tennant is for Nilsen.

Despite the undeniable frisson of Tennant’s performance in the title role, this clever, well-acted series has clearly given thought to its ethical responsibilities. The choice to weight this story in Jay’s favour rewards humanity, not aberration. By staging the debate about Masters’ book, it prompts us to consider the implications of what we’re watching. And finally, by airing Jay’s view that Nilsen is an unremarkable man unworthy of our fascination, it gives us a position to take that, rightfully, offers Nilsen zero reward. It’s layered, quality drama that avoids cheap sensationalism at almost every turn.

Des concludes on Wednesday the 16th of September at 9pm on ITV1.

Shape matters for light-activated nanocatalysts
The Devil All the Time Review: Southern Gothic with a Powerhouse Cast
The Trials Of Koli Review: Back to basics
Shining a light on disordered and fractal systems
Gentle probes could enable massive brain data collection