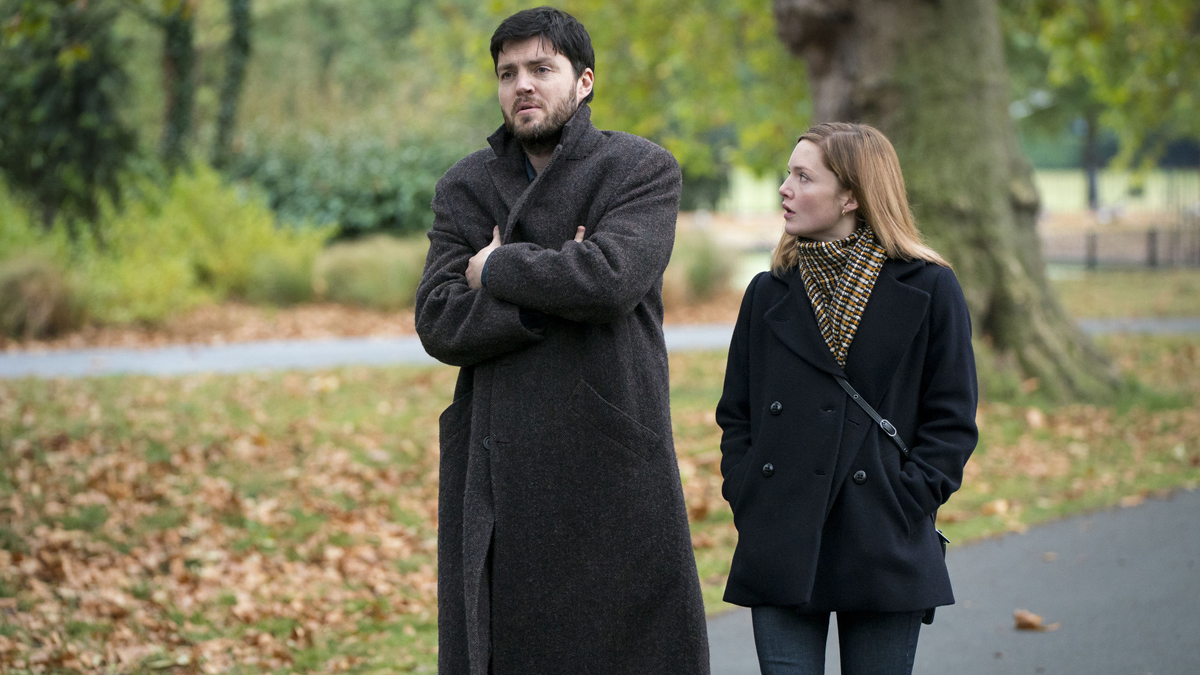 It’s fair to say that Strike: Lethal White didn’t have the most streamlined of plots. Condensing a 650-page novel with roughly the same number of characters into just four TV episodes produced a miniseries more squeezed than a carton of anti-depressant-laced orange juice.

If you lost your bearings somewhere between the first ‘murder’, the multiple blackmails, the second murder, the secret affair, the valuable paintings, the inheritance scheme, the Zimbabwean war crimes scandal, and the long, tangled history between the families Chiswell, Knight and Winn, nobody could blame you. Take a look below to fill in any gaps.

Please note, this is based on the TV adaptation, some book plot details will differ.

His illegitimate son Raphael (Raff), who had previously served a prison sentence for running down and killing a pregnant woman while driving under the influence, and was doing a convincing job of acting contrite about it. Raff had seduced his step-mother Kinvara and convinced her to collude in the old man’s murder – ostensibly because he loved and wanted to be with her, but really so that he could get his hands on a family painting the value of which only he recognised. Jasper disliked Raff and had disinherited him, so Raff started an affair with Kinvara and planned to marry her after Jasper’s death and then kill her a year or so later by staging a riding accident, meaning he inherited the valuable painting through her.

How was the murder committed?

Jasper’s orange juice was spiked by Kinvara with ground-up anti-depressants that she knew he wouldn’t be able to detect because he’d lost his sense of taste after she’d attacked him with a hammer years earlier (he’d had her favourite horse put down. Honestly, posh people.) She spiked the orange juice carton the day before Jasper died, knowing that it was Jasper’s routine to drink a glass every morning, and then covertly passed the house key to Raff at Paddington train station before boarding a train to their Oxfordshire estate, making sure she’d been seen on the station CCTV, thus securing her alibi. Raff took the key disguised as a beggar, and used it to enter the house the next morning after his father had passed out from the spiked drink, then suffocated him and swapped the spiked orange juice carton in the fridge with a normal one to avoid detection.

What was Jasper Chiswell being blackmailed about?

He and estate employee Jack Knight were partners in the lucrative business of building gallows, which sold for £40k a piece. After Jack Knight’s death, Jasper was in possession of two gallows that he was legally unable to sell because of a change in the laws surrounding torture and execution equipment. He sold them illegally anyway and pocketed the cash, then one set of gallows was used in Zimbabwe to hang a British student who’d been kidnapped there. There were photos of the hanging that showed the Uffington Horse symbol carved into the gallows, which identified Chiswell and Knight as their source, thereby incriminating him.

How did Jasper find out about Raff and Kinvara’s affair?

Raff had a work placement with Jasper’s friend, art dealer Henry Drummond, with whom Jasper was arranging a sale of some of the family’s art collection in order to pay off mounting debts. Jasper went to visit Drummond about the sale, and learned that Raff had been caught in flagrante delicto with – it was assumed – a young assistant from the gallery. In fact, Raff was having sex with his step-mother Kinvara (whom he was manipulating so she would help him to kill Jasper so he could eventually inherit the suspected Stubbs painting, see above) something Jasper divined when he found a bottle of Kinvara’s prescription anti-depressants in the gallery. That’s why Jasper was in such a bad mood when he arrived back at his office and placed the bottle of Kinvara’s pills on his desk.

What was the deal with the horse paintings?

The Chiswell family owned two horse paintings of mares and their foals. One, by John Frederick Herring, was of a piebald horse and worth a few thousand pounds. The other was of a mare mourning her dead foal (which had died from rare genetic disorder Lethal White – see below) and Raff suspected it was the work of famous equestrian painter George Stubbs, and thereby worth around 20 million pounds. Raff kept quiet about his Stubbs suspicions and hatched a plan to get his hands on the valuable painting, substituting it for the much less valuable Herring painting when his father asked him to take it to art dealer Henry Drummond as part of the family art sale.

Why is the series called Lethal White?

The book and series are named after a fatal genetic disorder that affects foals, causing their colon to stop working and leading to death just days after birth. A horse grieving a foal who has fallen victim to Lethal White Syndrome is the subject of Mare Mourning, the valuable Stubbs painting that Raff was attempting to get his hands on by murdering his father.

How did Raff trick Robin onto the houseboat?

Disarmed by his charming manner and emotional after breaking up with Matthew, Robin let her guard down while having dinner with Raff. She told Raff that she’d just left her husband, what his name was, that he was cheating on her, and blocked Matthew’s mobile number in front of him. That enabled Raff to send her a text purporting to be from Matthew using another mobile phone, that threatened to tell the papers that she and Cormoran (who has a public profile) were having an affair. It was enough to draw Robin into a face-to-face meeting with ‘Matthew’, who turned out of course, to be Raff, with a gun. (Luckily, it was the same gun from which Cormoran had removed the bullets when he took it from Kinvara Chiswell on their recent visit to Oxfordshire).

Who left the threatening phone message on Jasper’s work phone?

That was Jimmy Knight. “They say they piss themselves when they die. Is that true, Chiswell?” is a reference to hanging victims, alluding to the gallows Chiswell illegally exported to Zimbabwe without giving the Knight boys their father’s share of the ill-gotten proceeds. Jimmy also put pressure on Chiswell by picketing a charity event he was attending with a banner showing a gallows and the Uffington Horse symbol that was carved on the gallows made by Jack Knight, as his trademark – the identifying mark in the incriminating photographs of the gallows in use.

Who did Billy see being strangled on the Uffington Horse?

Young Raff, whose long hair made Billy mistake him for a little girl at the time. Freddie was a bully who tormented his half-brother Raff, and strangled him on the chalk horse but didn’t kill him. He also shot Raff’s pony dead while he was riding it, and the pony’s body is what Billy saw being buried in the glade behind his father’s cottage and wrapped in a pink blanket (explaining the bones Robin discovered). Billy conflated the two events, assuming that the ‘little girl’ had been killed and buried.

What happened to Suki, the little girl missing from the nearby children’s home?

No idea. That thread wasn’t followed up.

What happened to Jimmy Knight?

Hopefully, he was done by the police for the threat he made to Robin that caused her panic attack and for his part in blackmailing Jasper Chiswell, and Flick got the hell out of Dodge, but again, we don’t know.

Why did Geraint Winn blame the Chiswells for his daughter’s suicide?

Because Freddie Chiswell had tormented her at his birthday party the month before she took her own life. Wanting to hurt Rhiannon for taking what he saw as his girlfriend’s place on the local fencing team, and being a brutal bastard, Freddie got Rhiannon drunk, stripped her, wrote the word ‘whore’ on her back and took humiliating photographs of her. Winn also blamed himself because he didn’t get Rhiannon’s text message asking him to come and pick her up from the party early. That’s why he was keen to destroy Jasper Chiswell’s reputation by taking part in the blackmail that had been covertly inspired by Raff Chiswell (who anonymously tipped Jimmy off about the gallows). To retaliate, Jasper Chiswell paid Cormoran and Robin to dig up dirt on Geraint Winn, who, they discovered, was embezzling funds from his wife Della’s charitable foundation.

So, are Cormoran and Strike ever going to get together?

With Matthew out of the way, they’re closer than before, though Charlotte Ross seems determined to throw a spanner into the works. Fans will have to wait for book five Troubled Blood, out in hardback later this month, to find out.

Strike: Lethal White is available to stream on BBC iPlayer.