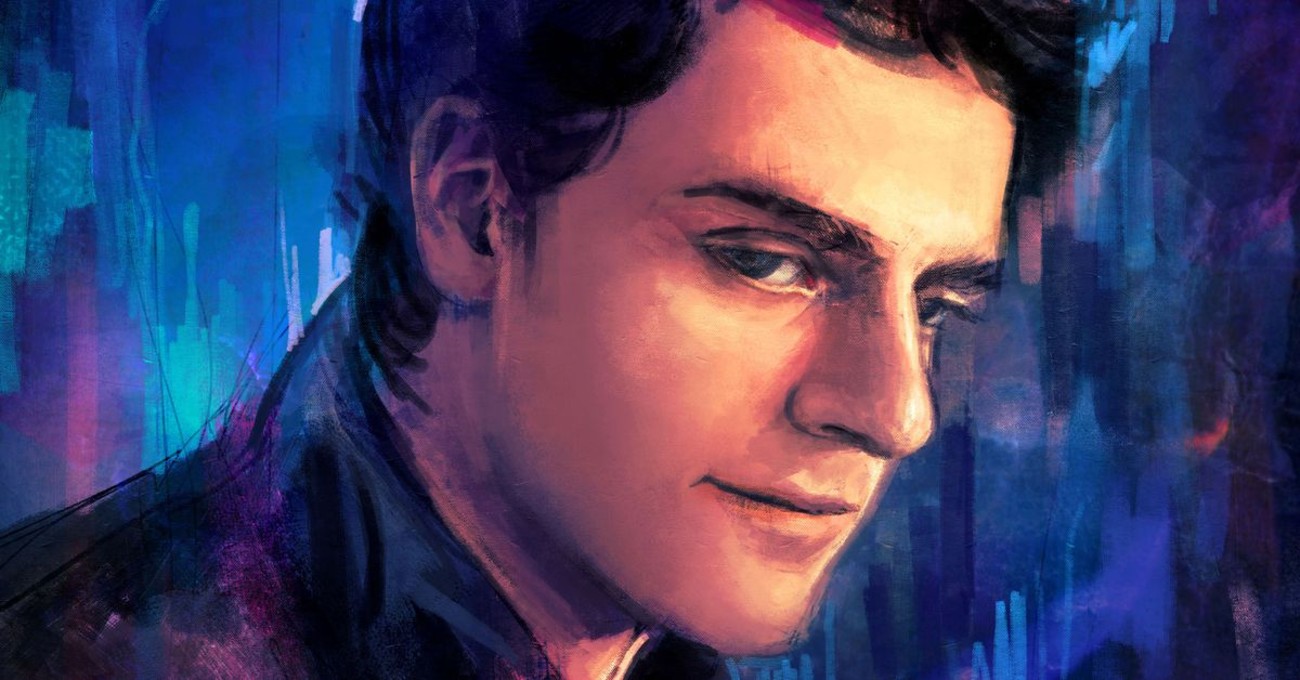 Poe Dameron’s criminal backstory in The Rise of Skywalker surprised a lot of people. For Latinx fans who found casting Oscar Isaac as a drug-runner an offensive stereotype and comic book readers interested in Poe’s New Republic days, the backstory just didn’t seem to fit. Unfortunately, Poe Dameron: Free Fall, the new YA novel by Alex Segura, expands on the spice runner backstory with dull sincerity, producing a functional space adventure that doesn’t particularly feel like it’s about Poe or even Star Wars.

The son of Rebel heroes, Poe grew up on Yavin IV, site of the climactic battle in A New Hope. What had been an eye-opening place full of adventure and danger for Luke Skywalker is now a boring small town for Poe. He lives with his father Kes, who yells a lot in an effort to cover up his grief at the death of his wife, the former Rebel pilot hero Shara Bey. Poe’s first opportunity out of that situation comes in the form of the Spice Runners of Kijimi, a gang of drug smugglers ruled by a power-hungry leader. Along the way, he meets and starts an adolescent romance with the smuggler Zorii Bliss. We know from The Rise of Skywalker she will reluctantly help him fight the First Order about a decade later.

There are some things I enjoyed about Free Fall. The book’s finale is exciting. After the unsurprising twists and lengthy setup chapters are done, the characters are really allowed to careen off one another in several fun action scenes. The book adds some depth, or at least breadth, to Zorii’s character, and the scenes between her and other Spice Runners stood out.

The stakes and motivations are also clear. 16-year-old Poe wants to stay away from his father and his home planet, but the Spice Runners are becoming more and more dangerous. Both Zorii and Poe are convincing teens, not sure who they are without the frameworks they’ve grown up in and the people around them. Their relationship is, at best, both charming and vulnerable. (The beloved Babu Frik is there, too.)

As I read, I tried not to fall into the trap of thinking “anything from the old Expanded Universe was better.” There are things I love about the Sequel Trilogy, and I’m also quite fond of a lot of silly, lazy things about the EU. With that in mind, turning Yavin IV into the beginning of the hero’s journey rather than the end as it was in A New Hope was the first thing that made this book not feel like Star Wars to me. Instead of being a place Luke Skywalker always wanted to go, a place inhabited by Force ghosts and alien animals and the war memorabilia of the Rebellion, Free Fall’s Yavin IV might as well have been any science fiction starting location. The world-building actively removed a sense of wonder instead of enhancing it. I often felt this Yavin IV might as well have been Ohio.

Another thing that made it difficult for me to get into the book at first was Kes Dameron’s characterization. His brief appearance in the Marvel comics introduced him as a charming Rebel fighter. It makes sense that he would change after the loss of his wife. But add in the stereotype that non-white fathers can’t hold families together well and it’s distinctly uncomfortable to hear him described as not “the type” to be able to comfort his son. In addition, Kes’ role makes him into the cliche authority figure his kid needs to rebel against. This particular use of the trope feels stale.

The dialogue and relationships are likewise functional but unremarkable. I found myself wondering whether some of the dialogue would have been better aided by Oscar Isaac and Keri Russell’s charming deliveries. You know how some movies have clunky lines on paper but are rescued by convincing actors? This book is the opposite.

The space adventures that make up the bulk of the book don’t actually involve much drug running, which is good. And they show off Poe’s piloting skills, which is also good. But the pacing is also jarring, skipping over what could have been major moments of transition in Poe’s life. Some action sequences are entertaining but are interspersed with moments that even Poe himself admits are boring. That said, I really enjoyed the scenes where his enthusiasm for Rebellion-era starfighters shone through.

Poe’s story arc has several beats. He has to decide how far he’s willing to go into the criminal life, manage the fact that his primary attachment is to Zorii instead of the Spice Runners, and decide what his relationship will be with his father. It’s always clear why he stays and exactly how conflicted he is.

Zorii and Poe aren’t sure who they would be without one another, a nice spot of teenage vulnerability. I understand now why their meeting in The Rise of Skywalker was both so aggressive and, eventually, friendly. Any connection to the other movies is slim. This is a The Rise of Skywalker Poe book to the degree that Episode IX Poe felt different than the version of the character that had come before.

The side characters had a lot of potential, but never felt complete. Tomasso, who helps sell the Spice Runners as a substitute for Poe’s family, and the comically cheery droid EV were both amusing. But Tomasso’s history and motivation are mentioned only after his involvement in the story is over, and EV feels more like a narrative tool than a full-fledged person.

Trune, a vengeance-fueled New Republic agent, could have been used to say something about the change of regimes but the story doesn’t quite get there. We learn in the book that she has a personal vendetta against the Spice Runners and rebels against her own boss to get back at them. She’s very much the morally gray loner detective type. But the story doesn’t give her enough time to ask strong questions about whether she’s right or wrong or somewhere in between.

On the other hand, characters jumping in and out of the story isn’t unusual for Star Wars, and there’s a pleasantly cinematic quality to the pacing. I also feel like I know Kijimi better now. Segura is good at emphasizing how Kijimi’s near-constant snow affects the characters, activities, and culture there. But none of these characters feel as real as other new books-only personalities like Rae Sloane or Norra Wexley.

It’s not a bad plot, technically. The stakes are clear, as are the ways characters feel about them. However, it’s hurt by dull writing, under-developed characters, and a beginning that doesn’t feel like it fits either Poe or Star Wars particularly well. Maybe try Poe’s story in Before the Awakening instead or the spaceship adventure in Lando’s Luck.