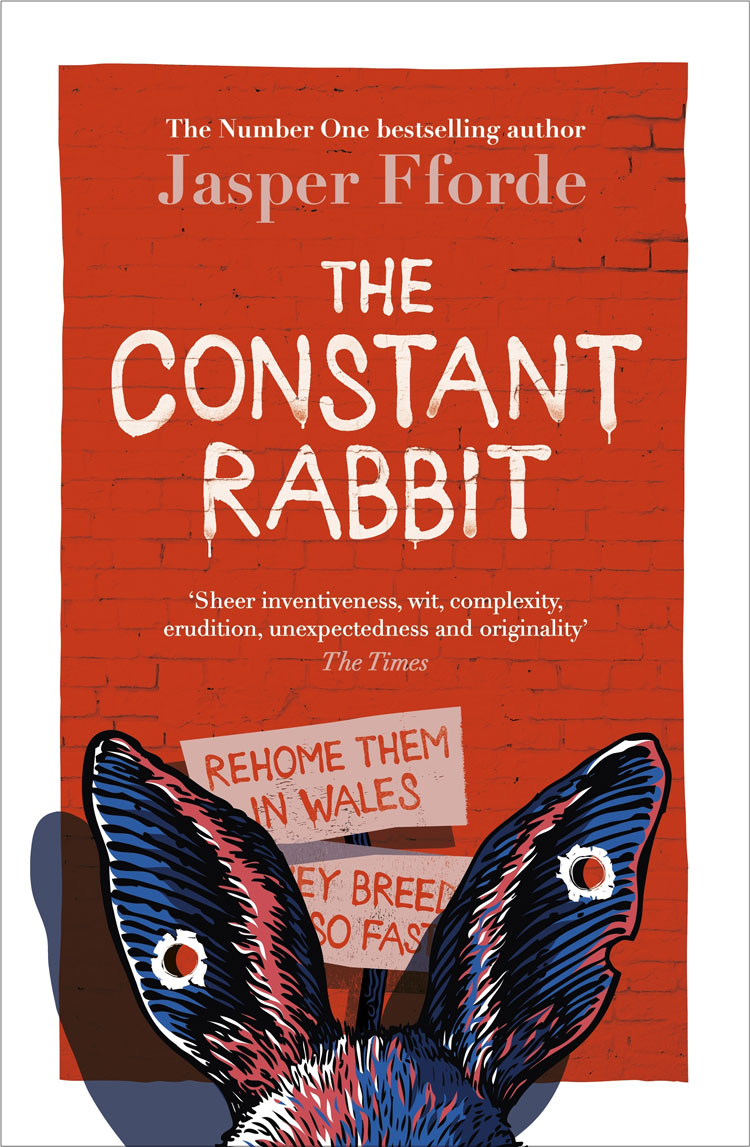 Peter Knox is a man who has a job he tolerates and a boss he hates so he can spend his days off indulging in idiosyncratic hobbies and family time with his daughter. He is a resident of Much Hemlock, a quintessentially English village where the talk of the town is winning the annual ‘Spick and Span’ awards and the local fete is the highlight of the social calendar. Life couldn’t be more ordinary… until the Rabbits arrive in the village.

To clarify, at some point during the 1960s, for no particular reason at all, an assortment of cute, cotton-tailed, carrot eating Rabbits suddenly grew to the size of a human beings and started acting like them too. Since this ‘event’ they have bred like… well… Rabbits.

While the citizens of the UK initially welcomed the comically novel Rabbit into their world, times and attitudes have slowly changed and England now finds itself at a breaking point, introducing a ‘voluntary’ rehoming initiative; collecting all the rabbits into one single MegaWarren, somewhere in Wales.

Jasper Fforde’s hilariously poignant new satire The Constant Rabbit begins when Knox meets his new neighbours, Constance Rabbit (she’s a rabbit) and her husband. However, when the residents of Much Hemlock take an overtly distasteful dislike to the new arrivals, Peter finds himself conscripted into a brewing battle between the ruling power of the UKARP (United Kingdom Anti-Rabbit Party) and the Rabbit resistance where he is forced to confront his own prejudices and contradictions of conscience.

Fforde’s engaging writing has created a story that is a clever blend of the biting allegorical satire we expect from Orwell’s greatest hits and the good-natured adventures of Michael Bond’s naïve and kind-hearted Paddington Bear. Ridiculous hypotheticals are subtly and persistently unravelled into considered and relevant reflections on prejudice and morality. It is, after all, plainly absurd to grant a giant rabbit human rights, but then again, when they can walk, talk and reason like you and I, what makes them any different? Apart from their appearance… their language… their cultural customs… oh wait a minute.

The perpetual twist from the ridiculous to the painfully obvious is never mean spirited or sanctimonious. The tone of the book is wrapped up in a familiar style of British wit that sits somewhere between pleasant bemusement at all of life’s little complexities, and the pious indignation we feel at someone not saying thank you after you hold the door open for them.

The plot pointedly subverts the clichés of typical dystopian sci-fi, where rebellions are led by a reluctant hero or a rag-tag band of resistance fighters. Instead, it focuses on the little changes that every individual can accomplish in order to really make a lasting difference. To say the book is timely is to ignore the fact that it is also timeless. The metaphors and themes are both prescient and historic. The messages powerful and important. While closing the last page will have you gleefully chuckling at an amusing tale, as you return it to the bookshelf you will be left alone to consider and confront your own personal feelings on complicity.

The Constant Rabbit is out now from Hodder & Stroughton. Read our interview with Jasper Fforde here.