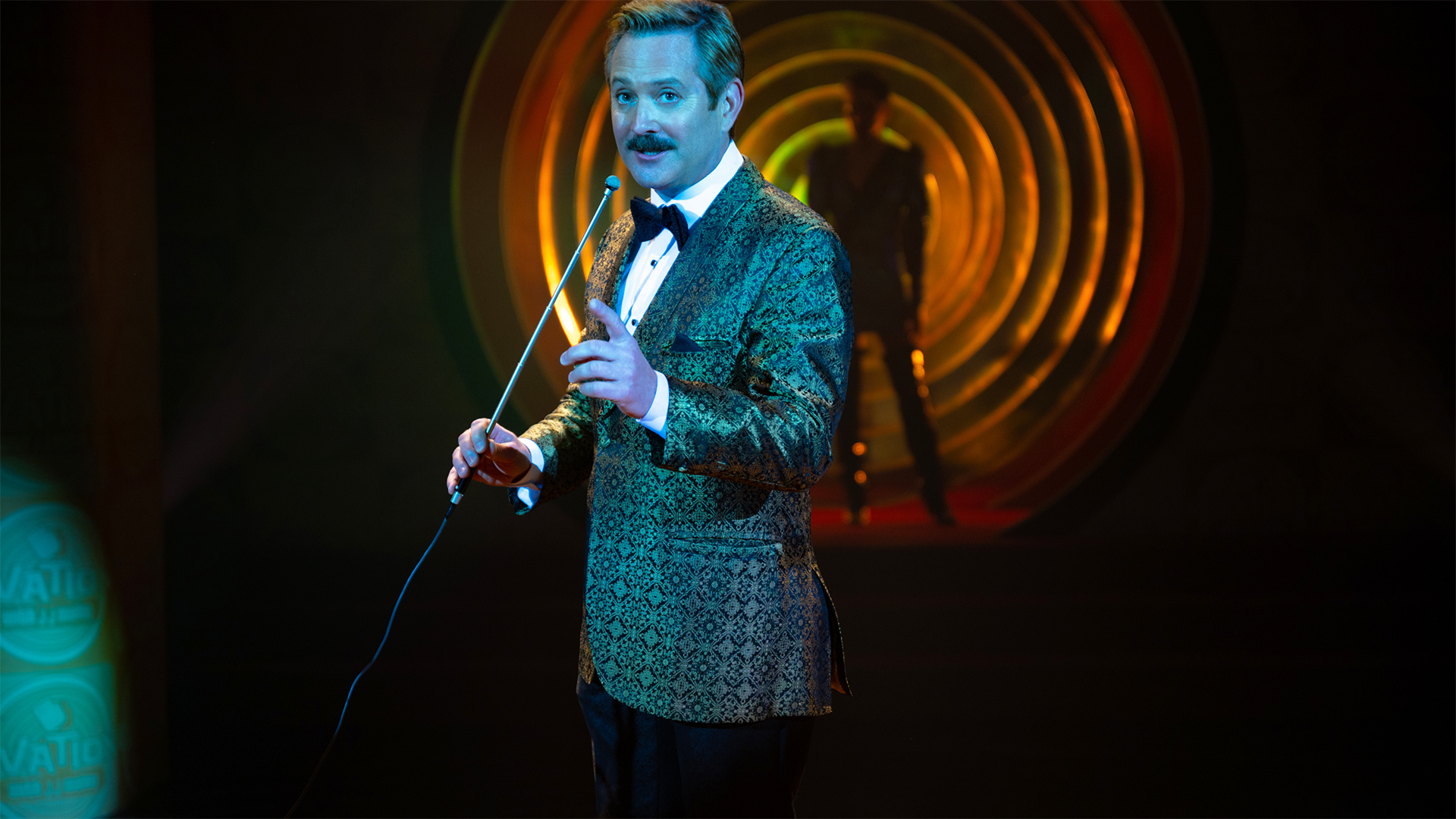 One of my favorite episodes of the original Twilight Zone is called “A Nice Place to Visit.” It’s about a dirty rotten gambler who finds himself in heaven, only to discover that he’s actually in hell. Sorry for the spoiler for a 1960 episode up front, but the best thing about most classic episodes of the Zone are also, usually connected to the last-minute twist. In episode 4 of Season 2 of the new Jordan Peele-produced Twilight Zone, the idea of success-as-punishment is repackaged fairly simply. It’s not the most exciting episode of the new season, but it also, somewhat profoundly, might be the most realistic.

For those of us who watched season 1 of the new Twilight Zone, the essential feeling of “Ovation,” will, at least superficially, feel a little bit like the episode “The Comedian.” Both episodes imagine a twisted kind of magic spell, that gives the would-be live stage performer exactly what they want, only too much of it. In “The Comedian” Samir (Kumail Nanjiani) got all the laughs he could ever want, and in “Ovation,” Jasmine (Jurnee Smollett) gets so much deafening applause, it nearly kills her. Or rather, it drives her insane, and eventually, kills her sister.

Just like “A Nice Place to Visit” posits that Hell is a place where you get what you want all the time, “Ovation,” suggests that if you’re pursuing something for the glory and fame only you’re going to get exactly what you deserve. The episode also explores the very real cultural divide between people who want to pursue the arts, and how those who only consume the arts find that pursuit alienating, or at the very least petty. This is why Tawny Newsome, who plays Jasmine’s sister, Zara, is the best part of this episode, and secretly, the one character you should be watching.

The set-up to this episode essentially conceals a subtler and stranger twist. At first, the episode seems to tread very familiar careful-what-you-wish-for territory. Jasmine is gifted a magical coin by a suicidal pop star (Sky Ferreira), and then, suddenly, has all the never-ending applause she could ever want, even if her music isn’t really all that special. The episode could linger on this idea if it wanted to: The notion that pop idol worship may have nothing to do with talent, but, it mercifully makes the real stakes of the episode about these two sisters. Zara — an ER doctor — cruelly mocks Jasmine in the early parts of the episode, implying that she’ll never really make anything of her music. She also suggests that Jasmine is dressing too outlandishly, and acting too much like somebody else. Basically, Zara’s message to Jasmine is: Stop being a poser. Jasmine’s retort to Zara is: You don’t get it. They’re both right and they’re both wrong. But the real twist of the episode dodges settling on who is more wrong.

Eventually, the non-stop creepy applause is too much for Jasmine, so she hides away in a cabin, and Zara takes the coin, we assume, for safekeeping. After a while, Jasmine reads about a new mysterious pop star who has taken the world by storm, and, driven by some kind of fame-withdrawal, decides to kill this person with a knife. Of course (or maybe not of course) the new pop star is her “boring” doctor sister, Zara. Jasmine has just killed her sister, who, basically, only wanted the best for her.

The ending is a little ambiguous, which is pretty much the best thing it has going for it. Was Zara jealous of Jasmine before all this started, and wanted that coin all along? Or, was Zara trying to protect her sister, and was willing to endure the torture of being a phony pop star, just to save Jasmine’s life and soul? Both Jurnee Smollett and Tawny Newsome play the final scene with so much raw emotion, you really can take your own interpretation, and that interpretation would probably be correct. The episode might not be the most high-concept, or the most original, but in terms of character work, the fact that the twist ended-up being about somebody’s “boring” sister becoming super-famous is actually really interesting.

On the other side of the magic coin, I kept wanting this episode to go further with the slightly cartoonish nature of the worst kind of pop-star fame. I’m not saying I wanted this episode to go full-on Lonely Island ala’ the movie Popstar, but the dips into a satire of the fame machine were some of the best parts. Paul F. Thompkins appears briefly as a talk show host, interviewing Jasmine about her sudden fame. But, wouldn’t it have been better to let Tompkins play the host of Ovation — the titular singing competition that launches the episode? Couldn’t this episode have made fun of the world of dumb pop stars a little bit more?

Overall, by pulling a few punches, “Ovation,” comes across more thoughtful than shocking. This is probably what writers Emily C. Chang and Sara Amini were going for; something a little understated. In the end, this approach works. But, in terms of the satire, I wanted to be clapping or laughing, a little bit more.