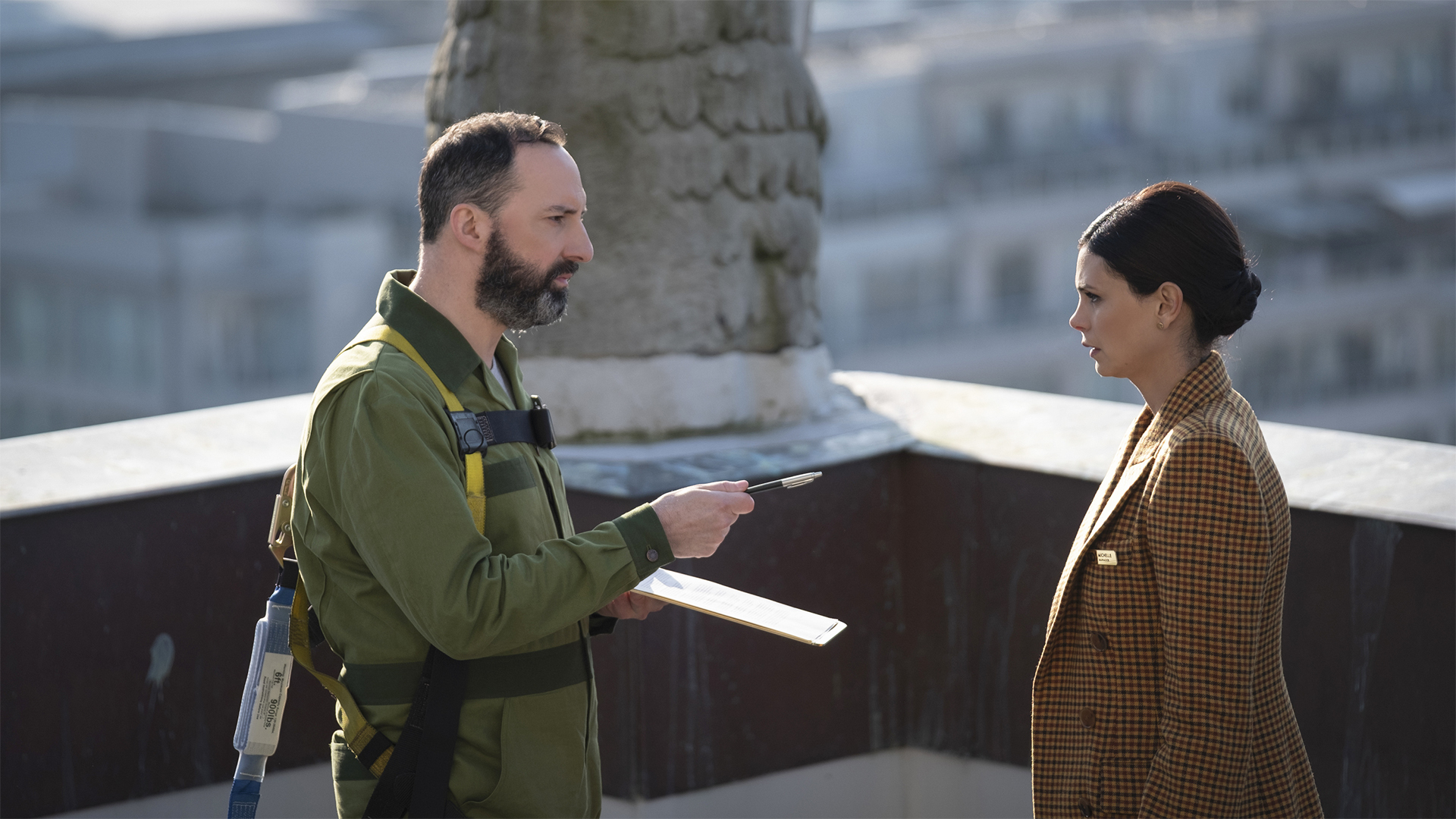 From The Matrix to Vanilla Sky and several, several Philip K. Dick novels, the notion that our lives are a perpetual dream fueled by technology, is a science fiction staple. Usually, this distinction is fairly binary: There’s a real-world, and a dream world, and once you figure that out, your entire world view changes. But, in the second episode of the new Twilight Zone’s second season, it’s not about taking the red pill or the blue pill. Instead, in “Downtime,” there’s a third concept: What if our virtual avatars went on without us?

All great Twilight Zone episodes have a twist, and, arguably, the twist for “Downtime,” comes pretty quickly. Newly promoted hotel manager Michelle (Morena Baccarin) quickly learns that she is not actually Michelle, but instead, a virtual avatar created by a man in the “real world” named Phineas. The tech is called “Sleepaway,” and it allows countless users (or “players”) to access a fake version of the world in which they can inhabit any kind of character they want. The only rule, we’re told, is “Don’t break character.”

In theory, the character of Michelle doesn’t exist, and that’s because she’s a character that has been invented by Phineas (who we never see). The closest real-world analogy would be if a video game avatar of yourself, suddenly became sentient and self-aware, even when you weren’t controlling them. But, the world that Michelle inhabits isn’t Animal Crossing and it’s certainly not Ready Player One, the idea here is that it’s convincing enough to make the players happy.

But, the new twist here is that this virtual world it’s also real enough to convince the avatars that they have a personality separate and distinct from their “users.” Honestly, the best example of this done in an entirely different style is Tron. In Tron, the titular Tron is the avatar of Alan Bradley (Bruce Boxleitner) but it’s not like Tron is Alan Bradley. “Downtime” would be like if Tron’s user in Tron was really Kelly Lebrock, and the stakes were closer to Weird Science.

For those who desperately want the new The Twilight Zone to be the new Black Mirror, this episode won’t make them happy. It has an old fashion quality that feels closer to a short story than an episode of television. Which, in part, is why it’s an excellent episode of The Twilight Zone. Peele’s writing seems uninterested in making you feel mad at the technology but does encourage you to feel bad for a character, who, in essence, is a digital shell, created for another person to inhabit. The quality of the writing here is confident enough not to spell it out for you.

The climax of the episode isn’t a huge revelation where Michelle “sees” herself; instead, she hashes things out with a high-level customer service rep played by Tony Hale. This scene is great because, in the opening scenes, we learned that Michelle is great at customer service and as a hotel manager, can spin any situation to make any customer happy. It might seem trite, but when you consider that half of our interactions with actual technology comes down to customer service issues, the realism of this episode suddenly becomes a lot sneakier.

“Downtime” isn’t a particularly dramatic episode and the sci-fi premise isn’t entirely new. But, the writing is confident and the concept doesn’t overstay its welcome. It’s a quiet episode that I think will get in your head more than you might realize. Jordan Peele doesn’t want his Twilight Zone to be the new Black Mirror. He wants it to The Twilight Zone. In “Downtime,” he succeeds, and only the most cynical viewers won’t smile at the last-minute, kind-hearted twist that happens in the last minute of the episode. Not everything horrific has to end horribly, and this episode is brave enough to end with a shrug. Maybe you don’t have to choose between reality and fantasy. Maybe, if you commit to it, it’s the same thing.